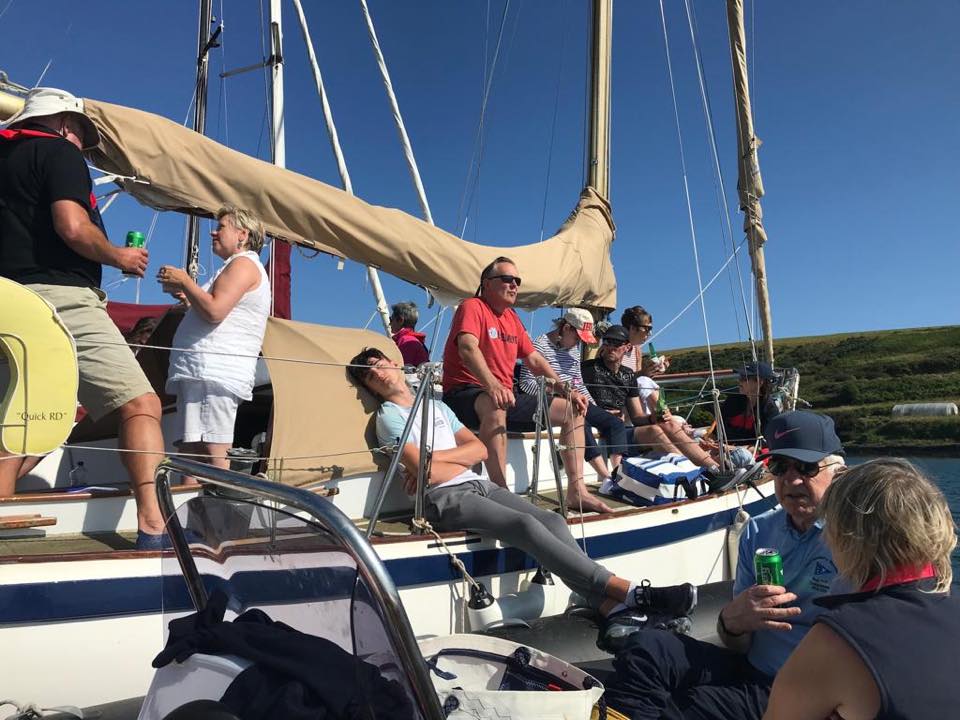 4 Boats took part in the cruise to West Cork kindly organised by Norman Kean and Geraldine Hennigan. The cruise finally got underway on the 16th of August having been delayed by strong westerly headwinds. First destination was Rabbit Island for a late lunch raft up followed by a night at Anchor at Union Hall where one unnamed crew member had great fun trying to buy and bring back to his yacht cans of beer whose cardboard boxes had fallen apart. next day saw us heading to Castletownsend through the gap at Rabbit Island and on to flea sound for lunch. Norman was in his element showing us all that there is plenty of water in places that you would never expect. A great meal in Mary Ann’s followed with some late-night socialising on Ocean Eagle for those who had not been exhausted by the day’s activities. Unfortunately, the next day Richard and Ann on Aine2 had to start to head back accompanied by Andy whose engine had developed overheating issues. Coire Uisce and Ocean Eagle now down to just two crew continued west navigating through the narrow gap at flea sound and around Toe Head to Bar;logue where a raft up lunch was enjoyed by all. Later with weather due to deteriorate we motored through the Kedges and enjoyed the excellent Marina facilities at the North Harbour in Cape Clear. Poor weather on Thursday and Friday until early afternoon stopped us getting further West and we enjoyed fellow cruisers company rafted up in Cape like ourselves. After a memorable final night on Cape, Ocean Eagle sailed back to Courtmac on Saturday morning with Coire Uisce following and sailing to Union Hall before returning to Courtmac on Sunday. The Cruise was a great success thanks to Norman and Geraldine and we all look forward to the next one in 2022. Plenty of pics on the Club facebook page.